April was Autism Awareness Month and so today we look to the dogs who are changing the lives of children with Autism. Autism is a condition which can affect communication, social interaction, behaviour and interests and includes Asperger syndrome.

Many children and adults with Autism have found immense value and support from the help of a canine friend. And it’s not just the benefit of having a constant companion which has a huge effect of the lives of children with autism, dogs can help them to improve their social interactions and relationships, teach them essential life skills, decrease stress and help with verbal and nonverbal communication.

We already know how amazing dogs are as family pets, but let’s meet 7 incredible pups who’re changing the lives of their owners: 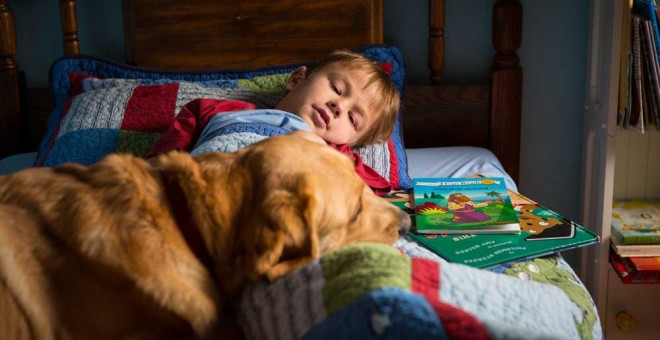 Meet Elliot, a 7 year old boy with Autism and his canine companion Lewis, a 2 year old mixed Yellow Lab/Golden Retriever. Lewis came into Elliot’s life after a chance encounter between Elliot’s father Daniel and a stranger. This brief encounter spurred an investigation into getting a service dog, and led to them being accepted into an SDA pilot program with PAWS.

Before Lewis joined the family, Elliot was having difficulty with his bedtime and sleep routine, which had a knock on effect for the whole family. But with the bond between Elliot and Lewis, bedtimes have become a peaceful end to the day and everyone is getting a good night’s sleep.

Elliot’s father, Daniel shares the impact Lewis has had on the family:

“It seems ironic to say a two-year-old Lab is bringing calm to a home, but he truly is. The relationship that’s forming between Elliot and Lewis is remarkable to see. Elliot willingly goes to bed now with Lewis, who models for Elliot how to relax.

Lewis knows that at the end of the day when it is dark outside and playtime and work time is done, we should be laying down to rest. Lewis sleeps in bed right next to Elliot and now he pets Lewis and soothes himself back to sleep when he wakes in the middle of the night. Because of Lewis, Dorene and I are sleeping with a peace that’s eluded us for years.”

Credit: Paws With a Cause 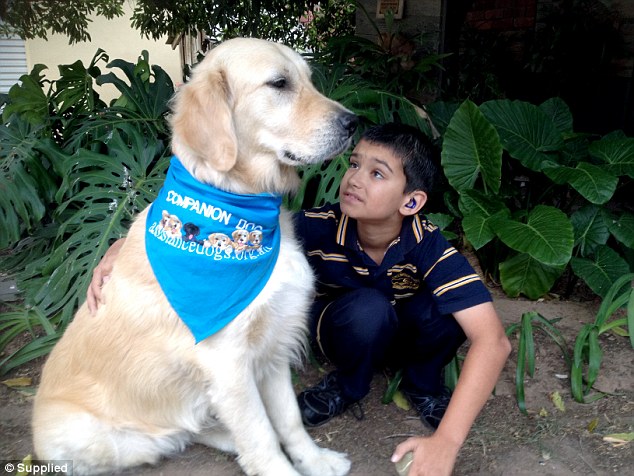 Say hello to 11 year old Jason, and his companion dog Brock, a golden retriever with a big heart. Jason, who has Asperger’s syndrome, struggled with making friends at school. That was until Brock joined the family. Trained by Assistance Dogs Australia, Brock gives Jason friendship and love, but has also taught him about responsibility – as Jason feeds, walks and grooms Brock every day. Not just that, he’s also brought Jason and his brother Dylan, who also has Aspergers Syndrome, together.

“He is like a therapist, a very furry therapist” said Jason’s mum, Tanya Freeman. 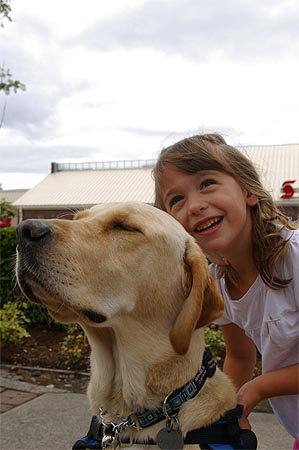 When Olive was diagnosed on the Austism spectrum in 2007, she was struggling with many of the things a typical child takes for granted, like communication with others and regulating oneself in chaotic environments like large shops and stores. That was, until Argus, a labrador with a big heart became a constant in Olive’s life and helped her transition between activities and experiences in everyday life.

Olive’s mum Emma credits Argus in helping their daughter start her school life on a positive:

“Since Argus’ arrival Olive has been a much calmer child, she has a great bond with Argus that seems to be helping her create new friends in the new school year.” 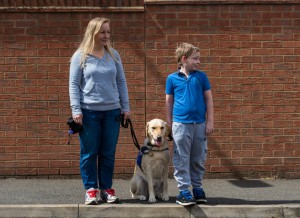 Jacob, and 8 year old with severe autism, was really struggling with communicating and expressing his feelings in a way that was understood by others until Minta entered his life in 2013. Minta, a trained Autism Assistance dog joined the family and became the best friend Jacob never had.

“When Minta entered our family our lives were changed and the change in Jacob was phenomenal.” says Susan, Jacob’s mum.

Minta helps Jacob stay calm and happy, go out in public and talk to strangers who stop and talk to him and dog. This once lonely boy is now the proud owner and best friend of Minta, a very special dog indeed. 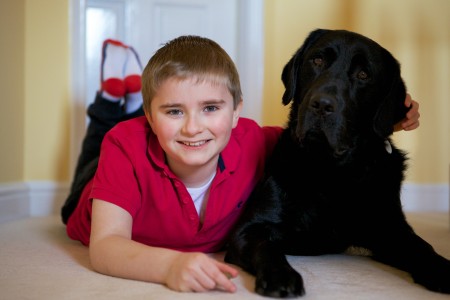 When Dogs for the Disabled placed Sox, a loveable black labrador with ten year old Toby and his family, their life changed dramatically, for the better. Before Sox joined the family they found when Toby started school he became more upset and would shut out the world and listen to podcasts and play with Lego on his own in his bedroom after school – Toby even talked about ending his life. But things transformed for the family when Vikky heard about another local family who’d had a dog placed.

Vikky says “we didn’t think something like this was available for children with Autism but we just applied”.

And lucky that they did, as Sox has not only helped Toby become more calm and able to enjoy family activities, but he’s given him meaning in life.

Toby says about his connection with Sox, “it feels like our hearts are connected and we love each other so much. It has given me a reason to live”

Credit:  ITV and Dogs for the Disabled

If you’d like to find out more about Autism and Assistance Dogs, you can do so at the following websites:

Crazy Things Dogs Do For Love

13 Crazy Myths about Dogs (and which are true!) 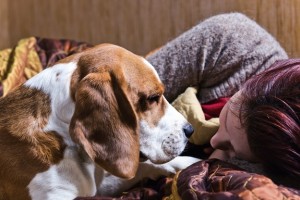 A good read from Live Science – by Stephanie Pappas Plenty of dog owners are comforted by a pa...

END_OF_DOCUMENT_TOKEN_TO_BE_REPLACED

I Love My Dogs 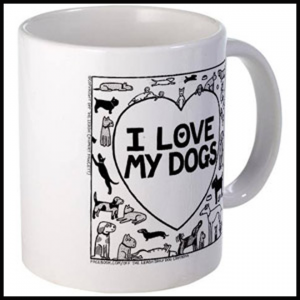