Yolanda Sevogia’s neighbor, Stacey Savige, knocked on her door one morning asking if she could keep an eye on a lost terrier she found roaming around the local elementary school. Yolanda agreed to watch the dog, but told Stacey it would only be for the day. The two women took photos of the dog and printed off 4,000 FOUND fliers, stuffed them in mailboxes and also placed an ad on Craigslist.

In the meantime, Yolanda went to the dollar store and bought some pet supplies, warning her two sons not to fall in love with the dog. At the time Yolanda’s son Azaiah was 10 years old, and Christian was 21 years old. Christian has Down syndrome and an assortment of other ailments, and had recently undergone heart and kidney surgeries.

Four days later Yolanda was still looking after the dog, who they had started to call RaeLee (pronounced Riley). When she arrived home from work, the dog flung himself against the screen door and barked madly at her. As soon as she opened the door, RaeLee sprinted into the boys’ room where Yolanda found Christian in the middle of a violent seizure. RaeLee ran over to Christian, but as soon as Yolanda bent over to help him the dog went silent.

“If he hadn’t come to get me, the neurologist said Christian would have choked on his own blood and died,” Yolanda reported to the Tampa Bay Times. At this point, no one had called to claim the dog so Yolanda decided to keep him.

The next morning Stacey got a call; a man named Randy recognized his lost dog and called the number on the flier. Stacey started crying, and told him, “That dog saved my friend’s son.”

Randy drove to Yolanda’s house to pick up his dog, and saw Azaiah crying on the porch and Christian in the window. After a few moments Randy said, “Maybe Odie was supposed to find you, maybe you should keep him.” 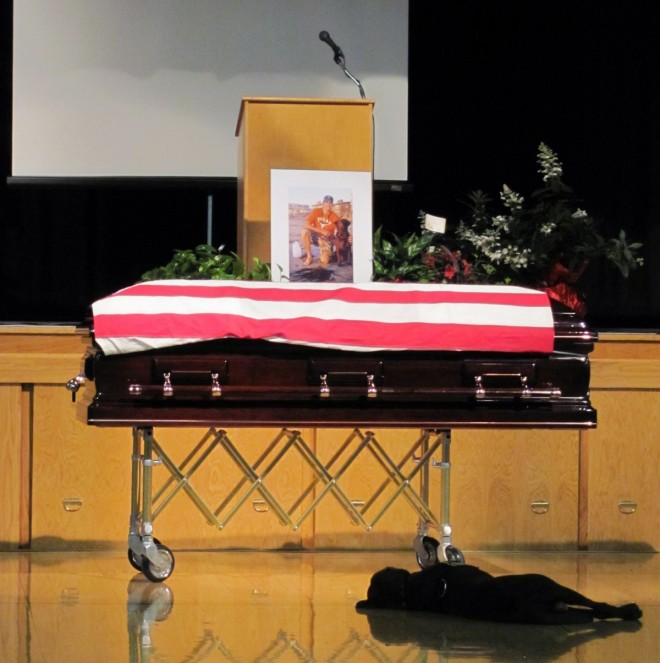 This photo yanked at the heart-strings of millions of Americans in August 2011, as images of a grieving labrador retriever graced the pages of newspapers across the country. At the funeral of Navy SEAL Jon Tumilson, attendees could see his faithful companion Hawkeye lying by the casket. In front of 1,500 mourners at the beginning of the service, Hawkeye ambled up to the front of the room and laid down next to his master — showing his loyalty until the end.

3. US Marine Surprises His Beagle Dog

When this marine returned from deployment, he came home to one of the most excited dogs we’ve ever seen. Check out this adorable video to see just how happy Buddy was to see his daddy.

4. Dog Stays by His Master’s Grave For Six Years

The bond between dog and master goes beyond the grave, as evidenced by Capitán’s unyielding loyalty to his master Miguel Guzmán, from Argentina. Capitán went missing for a few days, but he was eventually found lying in the cemetery next to Guzmán’s resting place.

The remarkable part about this story is that Miguel died in a hospital, and his body was taken to a funeral home far away from where he lived. Capitán had never been to the cemetery before.

The first time the funeral director saw Capitán, he arrived at the cemetery alone. The dog did a few laps through the tombstones before finding his master’s grave — all on his own. Capitán continues to visit his old master every single day, at 6:00 p.m., like clockwork.

If this isn’t a display of true dedication, we don’t know what is.

For another extraordinary story, check out this Italian dog Ciccio who continued to go to his owner’s church, even after he passed away.

This adopted dog proved his worth, and then some. One night Duke woke up his owners by shaking uncontrollably on their bed, trying to get their attention. Their nine-week-old infant Hazel wasn’t breathing in the other room, and without his intervention they never would have noticed.

Article written 12 March 2013 by Elisha Hartwig who is an Associate Editor at Mashable’s New York City headquarters where she researches and writes branded content, and manages the social book club MashableReads.

Dog Lover? These People Swapped Their Jobs To Get Paid To Be With Pooches, And So Can You! 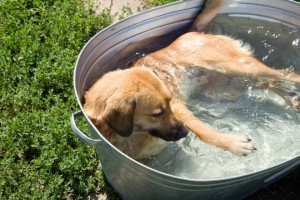 Tips from Rose, the Irish Setter and Kate, the English Springer Spaniel   By Rose Hill a...

END_OF_DOCUMENT_TOKEN_TO_BE_REPLACED

Rupert Fawcett’s cartoons are brilliantly observed – and touchingly true to life. As well as the best dog photos sent in by fans of Off The Leash, A Dog’s Best Friend rounds up a new selection of touching, hilarious drawings of dogs of every size, shape and breed doing what they do best: stealing beds, out-smarting cats and questing for the perfect stick.